Alabama has had many 'electronic bingo' parlors which feature slot machines that are or are similar to Class II gaming machines. The legality of these vary from county to county, and are in a near-constant state of flux. In particular, most such parlors were closed through the efforts of an anti-gambling task force put in place by Gov. Bob Riley early in 2010. But in March 2010, the Alabama Supreme Court determined that Riley did not have the authority to convene such a task force, but that power rested with Attorney GeneralTroy King. Shortly after the task force was sidelined, e-bingo parlors reopened in cities which had previously enacted ordinances permitting and regulating such halls. Additionally, Victoryland also reopened after a brief closure. (Greenetrack and the three Poarch Band of Indians gaming facilities did not close.)

At one time, several counties in Alabama featured numerous e-bingo halls, most notably Walker County, with halls large and small mostly concentrated along the former U.S. Highway 78 between Jasper and the Jefferson County line, ranging in size from converted small storefronts to large halls with hundreds of machines. But a ruling in a lawsuit by the Walker County sheriff determined that the machines in the county's halls were illegal, and the halls were forced to close. District attorneys in Jefferson County used that ruling to justify their order of closure for halls in that county. However, several large halls in Fairfield remained open because the city had passed specific ordinances permitting them. Those halls closed during the governor's task force raids in January 2010, but reopened on March 12, 2010 when the task force was invalidated. They again closed briefly in April 2010, as a part of the ongoing controversy over their legality and a dispute over jurisdiction between Riley and King.

In late May 2010, in yet another legal action in the anti-gambling feud between Riley and King, the Alabama Supreme Court determined that Riley had the ultimate authority to appoint an anti-gambling task force. Riley then announced plans to reactivate the task force, and the district attorney in the Bessemer Cutoff area of Jefferson County (including Fairfield) advised halls there to shut down immediately, or risk having their machines seized. King announced he would no longer interfere with the governor's efforts. Halls began closures on May 24, 2010. Victoryland and Greenetrack remained open for the time being. Poarch Creek operations were not affected, as the state has no jurisdiction over them.

Fairfield legalized large electronic bingo halls in mid-2009, with certain requirements for minimum number of gaming machines. Bamaco Bingo opened in September 2009 with more than 800 machines installed and announced plans for up to 5,000 machines. Two other large e-bingo halls, Bingo Fantastico and World Bingo, later opened adjacent to Bamaco, followed by Legacy Bingo in March 2010. All except Bingo Fantastico occupied empty 'big box' retail stores; Bingo Fantastico replaced a roller skating rink. Three other small bingo halls, including one that shared space with an automotive repair shop, were also located in Fairfield. The city received a permit fee of $100 per machine per month, and bingo was a major tax source for the city.

Bessemer, Alabama had some e-bingo halls in place, but their legality was in question due to a dispute between the city council, which voted to allow the halls, and the mayor, who opposed gambling. Those halls remained closed after the task force invalidation. Other smaller halls were located in cities and unincorporated areas near Bessemer; they also closed later.

Two other large e-bingo halls, Country Crossing in Dothan and White Hall Gaming Center between Selma and Montgomery, were shut down by the task force. 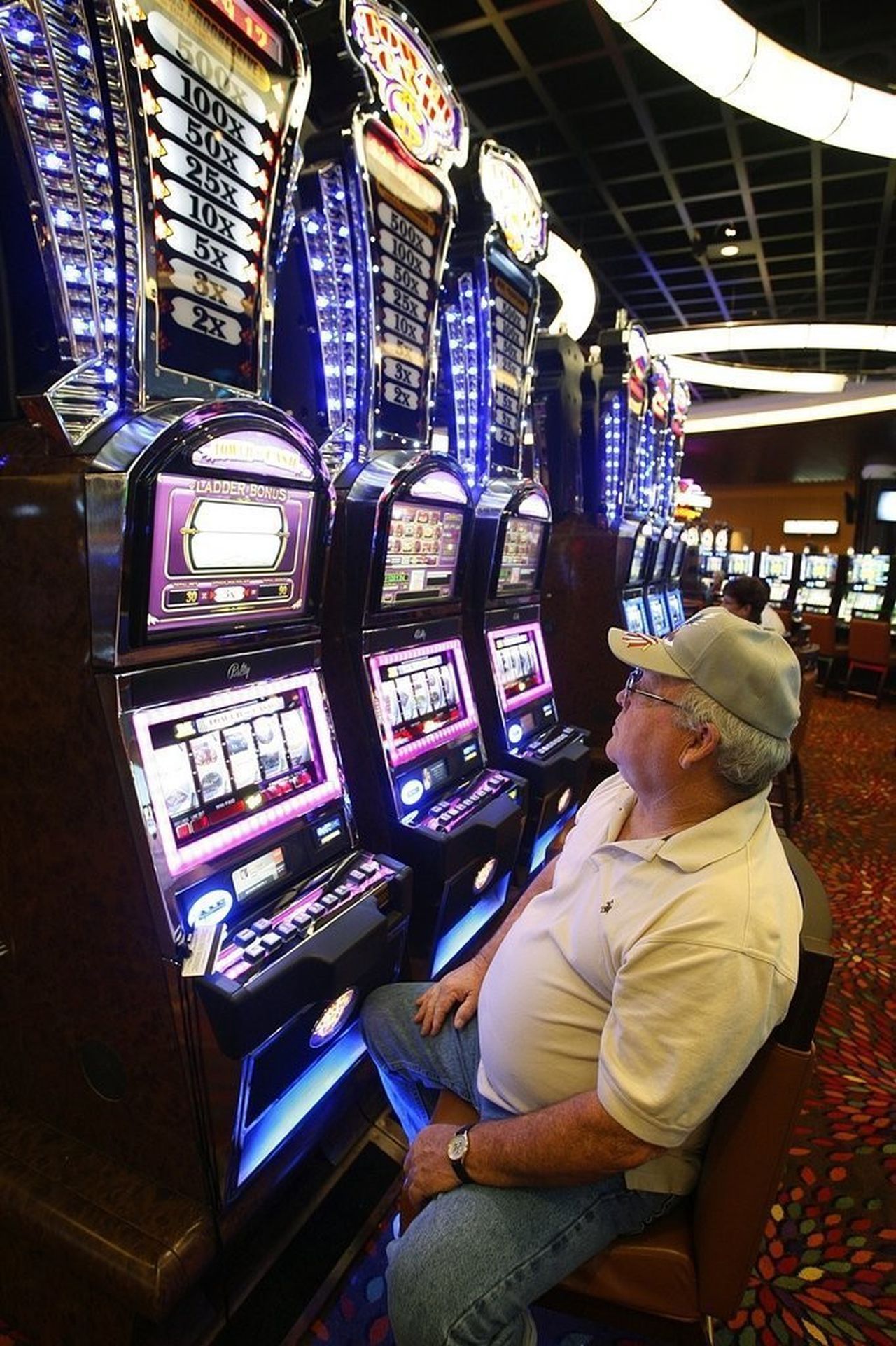 Throughout the controversy, the Poarch Creek band's operations not only continued, they expanded. Facilities in Wetumpka, Atmore and suburban Montgomery added to their gaming floors, and the Wetumpka and Atmore facilities added new high-rise hotels.

In July 2010, after all legal avenues were exhausted, state police and the task force shut down machines at Greenetrack in Eutaw, Alabama, then later at Victoryland. And on October 4, 2010, federal prosecutors filed charges against and arrested Victoryland owner Milton McGregor and several members of the Alabama State Senate in a corruption investigation regarding the entire affair.[1]

In 2016, after winning a ruling in a federal court against the state, Victoryland reopened its electronic bingo floor on September 14, 2016.[2]

Alabama gambling was one of the first to appear among the states in the south. There are currently only three Alabama casinos that operate today. It started with the formation of the Alabama Racing Commission in 1971. Regulations set forth by the commission permitted municipalities with 300,000 or more residents to hold referendums to determine whether racing should be permitted within the county or city. This law applies to greyhounds and horses. There are currently two greyhound tracks in operation. Off-track betting is also permitted.

Bingo is legal if the proceeds go towards charity. It must also be approved through a local referendum. The emergence of auto-daubing brought a new bingo element to Alabama. Slot machines that used bingo algorithms started appearing in the late 1990’s.

Alabama is one of just six states without a state lottery. Those looking to buy lotto tickets for interstate drawings may go to Georgia, Tennessee, or Florida to do so.

Is your gambling income taxable? OnlineUnitedStatesCasinos has gathered everything you need to know about paying taxes on your gambling winnings straight from a Certified Public Accountant. For more information please visit our exclusive Gambling Taxes article.

The only form of online gambling legal in Alabama is off-track betting. This includes greyhounds and horses. The state permits skill games to be played for money. Daily fantasy sports sites that include DraftKings and FanDuel feel that their product falls under these laws. Alabama lawmakers and the state attorney general have yet to issue any opinion to the contrary.

There are three forms of live legalized gambling in Alabama.

Horseracing is also legal in Alabama. The Birmingham Race Track operated horse racing from 1984 to 1992. The track ran into financial difficulties and ended horseracing. No track offered thoroughbred betting since then.

Video bingo found a way through a back-door in the early 2000’s. The operators cited the legalization of auto-daubing, meaning a machine is able to cover the numbers called. This translation permitted video bingo displayed in a slot format, or so the operators thought. Alabama state law enforcement raided VictoryLand in Shorter and other facilities after threatening to shut the businesses down.

Alabama gambling laws are specific to the betting options offered. Racing is permitted in cities with a population of at least 300,000 people. Local voters must approve the measure. Betting is permitted on greyhounds and horses. Wagers can be made on live races, at off-track betting facilities and over the Internet.

The state does not receive any benefit from gambling. The only taxes from racing fund the commission that regulates it. Bingo profits benefit charities. The reservations do not have a gaming pact with the state.

The minimum Alabama gambling age is 19 years old for all forms of gambling.

Alabama is a historically conservative state when it comes to gambling. The state legislature created the Alabama Racing Commission in 1971. This permitted local jurisdictions with 300,000 or more people to vote on whether live racing should be legal. There were once four tracks in Alabama. Only two operate today.

Bingo also requires a local referendum, as required by the state’s charitable gaming law passed in 1993. More than half of the counties in Alabama have approved charitable bingo.

There is no law the governs the use of video bingo machines by Tribal Alabama casinos. This is a grey area in the gambling laws of Alabama.

When did greyhound racing become legal in Alabama?

The Alabama Racing Commission was organized in 1971. The first race under its regulations was held in 1973.

1993, but it requires a local referendum.

Yes, but no tracks operate today.

What two greyhound tracks are still open in Alabama?

Yes. Simulcast betting on horses and dogs are legal.

Is mobile and internet betting on racing legal in Alabama?

TVG, BetAmerica and TwinSpires are among the companies that accept wagers from Alabamans.

There is still a legal fight to determine that answer. Video bingo is currently spread at the state’s three tribal casinos.

It is currently open for simulcast betting on dogs and horses Wednesday through Monday. Its Quincy’s 777 Casino is closed pending a ruling from the Alabama Supreme Court. VictoryLand no longer offers live races.

Alabama tribes believe that video bingo is legal in the state. Attorney General Luther Strange attempted to shut the gaming on reservations down but his actions were rejected by federal courts and the U.S. Department of the Interior. No gaming pact has been created between with the governor.

The minimum Alabama gambling age is 19 years old for all forms of betting.