Good Deeds on The Dempster

We are now in the beautiful Kluane National Park. We sadly and, in my case, tearfully, left Dawson City on Tuesday morning and then spent two relaxing nights at a luxury B&B in Takhini Hot Springs. We arrived in the park early this afternoon.

Can I tell you how exciting it was to watch my amazing wife come in second in the Dawson City women only poker tournament? The $2100 was nice–that is for sure–but I was just so proud of her!

We had a laid back morning after Tel kicked ass in the tournament, and lazed around our B&B until lunchtime. After that, we piled into our SUV and headed across the Yukon river to the Top of the World highway. And trust me, whoever decided this road was a highway certainly took some liberties with the term!

We crossed into Alaska for the second time this trip at Poker Creek, Alaska. This “town” has a population of two–the two American border guards!–and is the highest land border in the US.

My folks at the Poker Creek, Alaska border crossing

We were going to drive to Chicken, Alaska, but decided to turn back at Boundary, Alaska as the “highway” was under construction, and was in even rougher shape than usual. While on the way to the Canadian border, we ran into two herds of caribou!The next day, we got up early because we knew we wanted to drive up the Dempster highway. The Dempster is the road that leads up past the Arctic circle to Inuvik, NWT. It is an area of spectacular, rugged beauty, untouched by the outside world. While walking to our car, we heard from a friend of our innkeeper that two young men had been stranded on the Dempster, having had three flat tires. They repaired the first one, only to get two more. With no more spare tires, one of them took the two flats and got a ride with a passer-by to Whitehorse, where he had the two tires repaired. The other poor guy stayed with the car, waiting for his buddy to return. We vowed to look for the guy to drive him to his car. And…….120 km up the Dempster, we found him! He was sitting by the side of the road, two spare tires beside him, hoping for a ride back to his car.

Happily, we met Yan, a young man from Quebec who had *kayaked* from Yellowknife to Inuvik with his friend Damien (now waiting with the car on the highway). They took their 1992 Plymouth Reliant, with 350,0000 km on it, down the Dempster, running into nothing but bad luck. First their car was robbed, then the starter broke, and they had to leave the the keys in the ignition permanently. And then, the three flat tires. Yan had left Damien with the car with nothing but bug spray and bear spray, and had taken 36 hours to get to Dawson, get the tire fixed, and get back to the place where we picked him up. He was a really interesting guy, and I really felt he was a bit of a kindred spirit.

Could not imagine a more beautiful place to be stranded!

We drove him another 80 km up the Dempster to Damien. Once there, we gave the two guys all the food that we had in our SUV, as they had been so long without food. And we waited while they changed their tires, and then followed them the 200 km back to Dawson to make sure that they were OK. We all felt really good about this, and were super happy to know that they made it back to Dawson safely.

Good deeds aside, the Dempster was spectacular. The scenery is amazing, and again, the term “highway” is not really appropriate….it is a rough, bumpy, pot-hole filled gravel road, with gigantic sharp rocks jutting out all over the place. But the starkness, the remoteness….they were amazing. And….we ran into a herd of wild horses!! Well, we did not run into them–we saw them from a distance. We were about 60 km from the Arctic Circle, the sub-Arctic terrain, glacial lakes and snow covered land were completely different from the other places we have visited in the Yukon. Another highlight on a trip filled with awesome experiences.

The Dempster Highway....heading to the Arctic Circle.

I have to tell you that I was extremely sad to leave Dawson. Crying sad. I *hated* leaving and wanted to spend more time there in a way that I cannot describe. There is just something about the place…..I am under its spell (and will be writing a blog post entirely about this spell when I get back home).

After leaving Dawson, we spent one and a half days at a ranch in Takhini, only leaving the property for lunch on our second day. The grounds were beautiful, full of dogs and horses and, not surprisingly, more Quebeckers! We felt sooooo relaxed leaving there this morning.

And now we are in Haines Junction, inside the beautiful Kluane National Park, a gorgeous UNESCO World Heritage Site. We head back to Whitehorse tomorrow morning and the four of us fly home on Saturday. If I do not write again, I will definitely write the above mentioned post on the spell of the Yukon when I return to Ottawa.

Bye for now, and thanks for reading!

The Last Frontier has attracted those who wish to strike it rich by finding
gold for a long time. If you want to visit Alaska to strike it rich playing
Texas holdem poker, you unfortunately won’t be able to do so. You won’t find any
casinos or poker rooms in this state due to the limiting laws that are in place.
Alaska does permit some gambling, mostly raffles, pull tabs, and other small
games, but no large operations can take place at all.

If you wish to find some poker action in this wild land, then you need to
seek out a home game that takes place in a private residence. This is permitted
under state law although there are some restrictions in respect to how many
people can play and how much you can wager. The person who runs the home game
also can’t make any money from doing so, otherwise it becomes a commercial
operation.

During the poker boom, there was a movement to legalise poker rooms in
Alaska. Unfortunately, this was voted down. Although this would have been great
for the game in the state, some of the conditions that were being suggested
would’ve made running a poker room completely unpractical.

For example, one of the conditions suggested that you would need to pay a
$10,000 fee per table per year. This is just far too much money considering how
much money a table would make from rake in a year. On top of this there was also
a $25,000 application fee. Once again, this is just huge. Although some
operators would’ve been able to still work within these conditions, the fact is
the bill never got off the ground and was struck down.

One positive change took effect in 2016. You can now run some games where the
profits go to charity and the game is regulated by the state tax division. These
games include bingo, raffles, and pull-tabs. While this is a long way from a
regulated casino or poker room, it’s a step in the right direction.

Many other states in the US offer charity based poker rooms and that’s how
they service poker players in those areas. Aside from the fact that a percentage
of profits go to charity, from a player’s perspective there’s no real difference
in the game. This is a good thing, and if this first small step in Alaska means
that in the long run the door may open for poker charitable games, then that’s a
great thing.

If you’re looking to play online Texas holdem poker you’ll need to drive over
the border into Canada to take to the virtual felt. Like the rest of the
country, online poker has been banned. Some states are beginning to regulate
their own online poker but Alaska won’t be doing this, at least not for a very
long time. It’s all about one step at a time and live poker will need to be
firmly entrenched in Alaska before online play would be regulated.

You can still find unregulated online poker rooms offering Texas holdem to
Alaska residents, but you need to be careful if you decide to try your luck at
one of these rooms. While the odds of you getting into trouble for playing are
slim, you won’t have any protection if the poker room closes or takes advantage
of you.

Online casinos are available for play in Alaska, as they are in the rest of
the US, and there is little restriction or legislation in respect to these.
Although it could be considered illegal under existing laws, the rise of online
services really has tested this is many ways. The process of depositing and
withdrawing money is the way in which lawmakers have struck out some online
gaming, however some clever businesses have now gotten around this also, which
is why you can access and play on online casinos from Alaska.

You can get your fill in respect to some virtual table games such as
blackjack, craps and baccarat, and you can also play class 3 slots online. This
falls under the same situation as the grey area poker rooms discussed above. The
legality is a bit thin in this respect and you could end up in trouble, and
because the odds in these games are terrible and should never be played as a
substitute for the great game of poker.

As we touched on earlier, your only real option when it comes to playing live
poker in Alaska is to find a home game. Although these won’t be too heavily
promoted, for obvious security reasons, you should be able to find games by
asking around or posting on 2+2 forums or via the meetup app. If you fail in
these two avenues, then try starting up your own home game and inviting
co-workers and friends to play.

If you’re desperate for a game and are willing to travel, then you could
drive into the Yukon in Canada to Dawson City. Here you’ll find Diamond Tooth
Gerties and a range of holdem games and even some Omaha hi low. In the summer,
they’re open seven days a week with the hours being a bit more limited in
winter, spring, and fall.

During those times, they’ll generally only be open on Friday and Saturday
evenings. You’ll also find blackjack, roulette, and slots at Diamond Tooth
Gerties. So, if you live somewhat near the border with Canada you can drive on
over to Dawson City to find some live Texas holdem poker action in a fun and
lively environment. 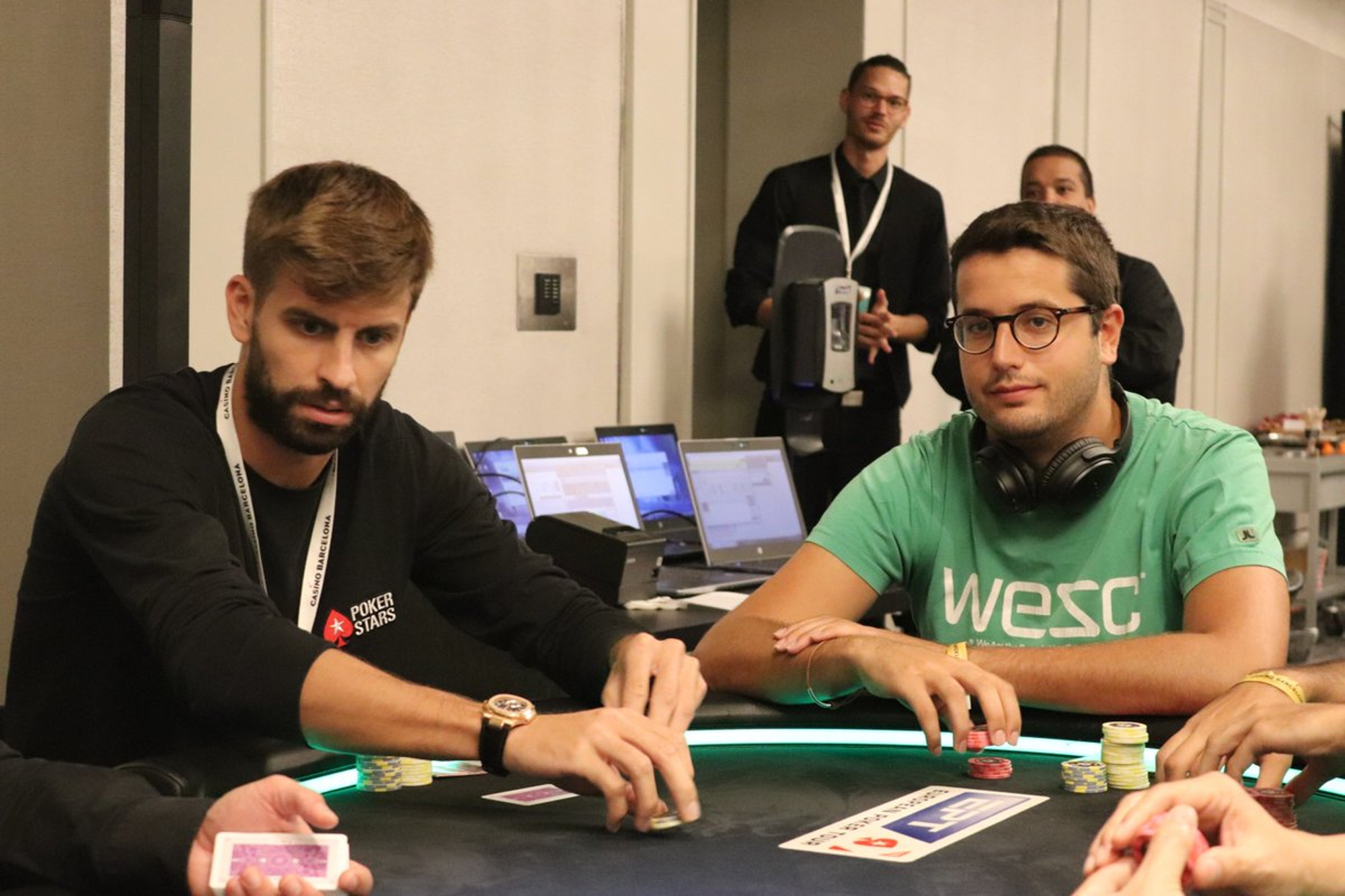 Unfortunately, if you live in Alaska, overall, your options are quite limited
when it comes to finding live Texas holdem poker. You’ll have some options
available, which we’ve outlined here, yet they aren’t great and your long term
prospects aren’t looking too good either.

It’s fair to say that Alaska is somewhat behind the rest of the US in regards
to gaming and this is mostly because of the fact the state is not connected to
much else. In the continental United States, many lawmakers have introduced
legislation to allow gambling simply because the state next door allows it and
thus collects all the tax revenue from local state residents.

In Alaska, this isn’t much of an issue as they only border with Canada and
there’s only one poker room option in the Yukon which is closed most of the
year. If you live in the last frontier you’ll just have to travel to play live
poker, or try to join a home game scene which sees a lot of action.