Resorts World Casino New York bills itself as New York City’s only casino. However, it is technically a Racino.

In fact, the gaming facility opened in October 2011 at the Aqueduct Racetrack in Queens, NY after years of political jockeying over who would be allowed to build and run Video Lottery Terminal gaming at the track. Regardless, Resorts World Casino New York remains the only VLT gaming facility in New York City’s five boroughs.

The Aqueduct Racetrack is a thoroughbred racing facility that opened in 1894.

When New York State authorized the installation of VLTs at racetracks in 2001, developers and casino operators lined up to build and operate a gaming facility at Aqueduct. However, it wasn’t until 2007 that the State issued a request for proposals to operate VLTs at the site. The Shinnecock Indian Nation proposed to build a $2 billion casino at the site. However, the tribe’s own standing and property ownership issues left that project unable to move forward.

In October 2008, developer and Racino owner Delaware North was selected to build a 330,000-square-foot Racino with 4,500 slot machines. However, the group failed to come up with a $370 million upfront payment to the state and the project died.

Aqueduct Entertainment Group was the next organization selected to build. However, political issues surrounded the project and the State re-issued the RFP in 2010. 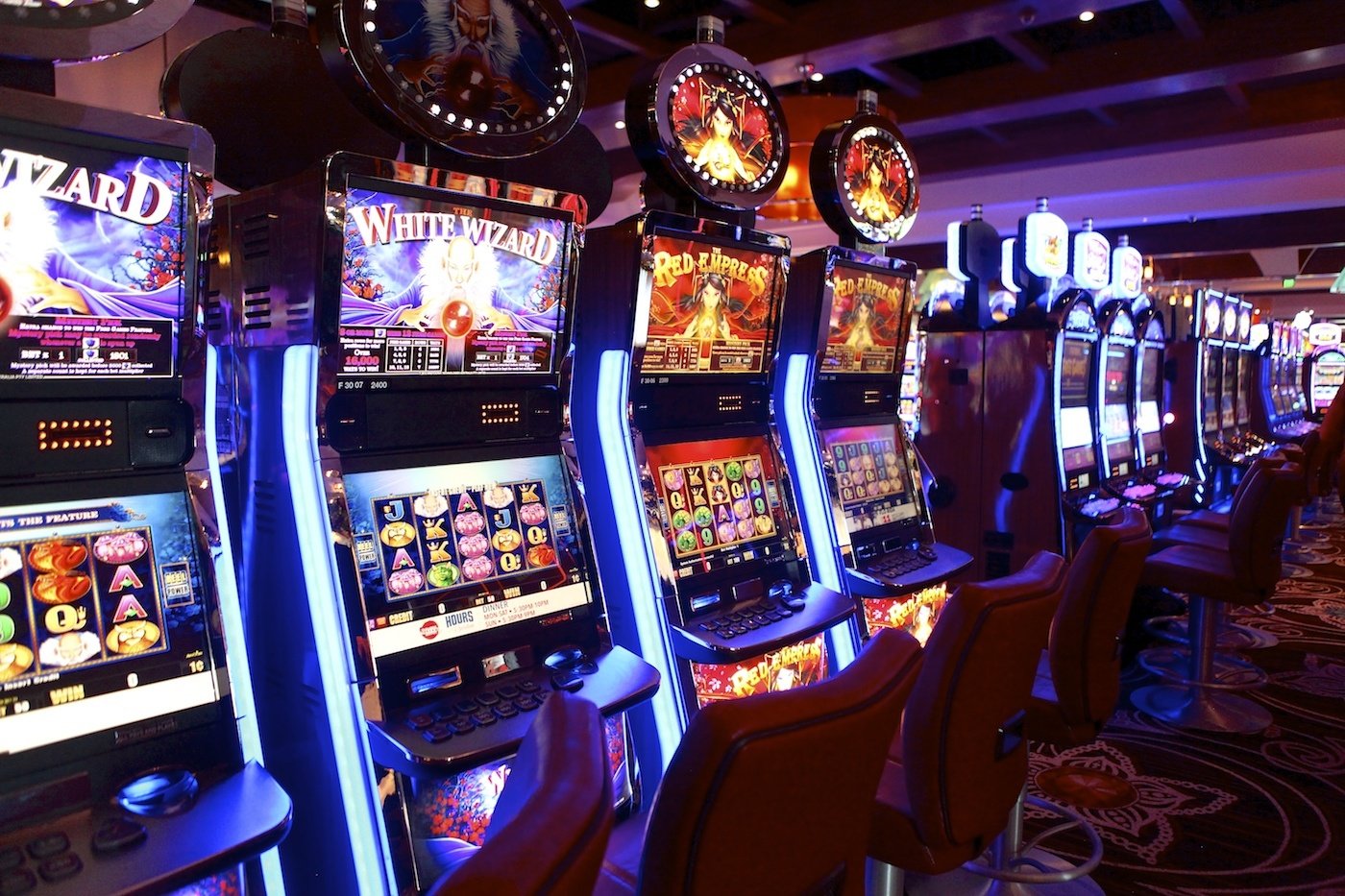 In August 2010, Genting Group‘s bid, which included a $380 million upfront licensing fee, was accepted. Genting Group is a Malaysian company that operates destination resorts in Malaysia, Singapore, the Philippines, South Korea, the United Kingdom, and the Bahamas.

In fact, after putting up an additional $450 million to renovate Aqueduct Racetrack’s grandstand, Genting opened up the first floor of Resorts World Casino New York in October 2011. Six months later, the second floor was opened doubling the gaming floor space at the property.

Resorts World Casino New York is on Rockaway Blvd. in the South Ozone Park area of Queens, NY. It is accessible by subway.

In fact, The Times Square Casino Level on the first floor features VLTs and electronic table games including:

Plus, The Fifth Avenue Casino Level on the second floor features features VLTs and electronic table games including:

Plans to legalize and regulate online casino games were not on New York State lawmaker’s agendas as of the first quarter of 2018. However, should that ever change, Resorts World Casino New York is in a unique position to take a leading role in any legal and regulated New York online casino market. This considering owner Genting Group’s previous experience in the iGaming sphere.

State lawmakers introduced legislation to legalize and regulate online poker in the state of New York in early 2017. It passed in the Senate but died in the Assembly. However, both versions of the bill are live at the start of the 2018 session. Politicians claim New York’s licensed casino and Racino properties are in full support.

In fact, Genting put up over $800 million before the doors of the Resorts World Casino New York even opened. The operation has proved profitable. However, here’s little doubt Genting would be interested in the additional revenue online poker may be able to provide at low overhead.

Resorts World Casino New York has proposed a $400 million expansion to the facility that would include turning the 415,000 square foot Racino into 750,000 square foot resort.

Construction is expected to be completed in 2019.

Food, beverage and entertainment options already on site include:

Points can be used towards:

Resorts World Catskills has a huge selection of 1,600 cutting-edge slot machines so you’re sure to find your favorites, or get to know a new favorite. Everything here is state-of-the-art, from the themes, to the seating, to the technology – your Las Vegas style gaming is right here in the Catskills.

Play on our stunningly beautiful casino floor while enjoying the spectacular view of the natural mountain landscape. At our grand entrance you will be greeted by our most popular Wheel of Fortune games including Wheel of Fortune 4D featuring Vanna White. Continue to the center of the floor, where you will find some of your favorite slot machines including Aristocrat Lightning Link and Dragon Link. Even our High-Limit area is part of the action with even more slot machines!

Video poker is a big deal at Resorts World Catskills and our casino floor has a big video poker area featuring more than 130 of your favorite themes, paired with the best paytables you want. Play some of your favorites like Jack or Better, Double Bonus Poker Triple Play, Five Play and Ten Play Poker or explore some new ones, including Ultimate X , Super Times Pay, Hot Roll Poker and Extra Draw Frenzy Poker. Come get your Royal Flush!

Lightning Launch Roulette™ on the PRIZM GameTable™ gives players a new way to play a classic table game. Up to four players become involved in a social, interactive gaming experience, allowing them to launch their own ball at the completion of wagering. Players will have the option of betting on their own roulette ball, as well as placing a bonus wager on up to all 38 straight numbers to get action on any or all of the four balls in play!